skip to main | skip to sidebar

January 8th, 2016
WHITESBORO, N.Y. -- A village whose logo has been called racist and offensive because it appears to show a white man choking a Native American said it's considering changing it, but a vote on Monday night appears it might be kept after all.
Whitesboro's website says the emblem dates to the early 1900s and depicts a friendly wrestling match between village founder Hugh White and an Oneida Indian. It says White won the match and the lasting respect and goodwill of the Oneidas.
The seal appears on village trucks, police cars, signs and documents. Controversy has waxed and waned over the years and came to a head last summer when an online petition was posted by someone from out of town who saw the logo and took offense.
CBS Albany reported on Monday evening that the overwhelming majority voted to keep it as is. 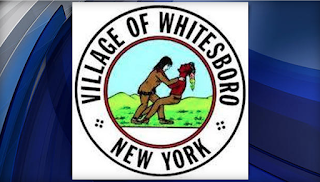 Resources in French
View the "Etudes autochthones" page on the website of the Francophone school in Sechelt for additional resources.

First Nations Education Steering Committee
FNESC is an independent society that is committed to First Nations education in the province.


The Aboriginal Education Enhancement Agreement is a provincially mandated initiative that has two purposes. First, to improve and enhance the academic and non-academic success of our Aboriginal students and second, to enrich the community through changes and enhancements to our current educational practices. Learn more...

Richmond, B.C. is situated on Coast Salish Territory. This is the local First Nations culture of which people should be knowledgeable.
Coast Salish resources
Welcome to Musqueam
Local Cultural Protocol

Of interest for youth